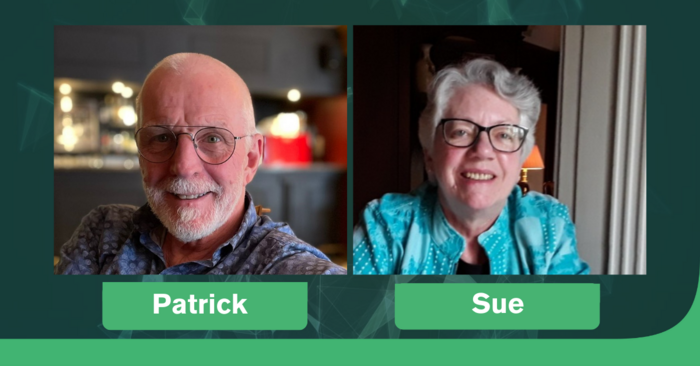 As part of our culture of belonging we recognize and support our LGBTQ+ team members. I am grateful they are willing to share their experiences in both their personal and professional lives and feel comfortable bringing their authentic selves to work.

I want to personally thank Patrick Janssens, Internal Sales Engineer and Susan (Sue) Barth, Scheduling Planner, for using their voice to educate SPX FLOW and the broader community about Pride.

Their refreshing transparencies below:

Tell us a little about yourself and how you and your family relate to Pride Month?

A. Patrick: I was born and raised in a small village in the Flemish region of Belgium. After leaving school, I studied to become an architect, but I was not cut out for that career, so I switched to become a biochemical engineer. I finished those studies at the age of 24, spent one year in military service and after that I worked for different companies until I joined APV, now SPX FLOW, in 1999. For my family, me being gay was not an issue whatsoever.

A. Sue: I am originally from Houston, Texas but, I have spent most my life around Rochester, New York. After high school I spent several years working wherever I could find and trying to figure out what kind of life I wanted until I landed at SPX FLOW. From a very early age I always felt “different” and as I got older, I felt I had no one to talk to. As I became more aware of myself, I began to hear about Pride Month and especially the elaborate parades in New York City. I felt a connection because of the lifestyle I was choosing but at the same time it felt so far away because I could not tell anyone who I really was. We did not have any local resources in our small towns.

Why is it important that we celebrate Pride Month?

A. Sue: It is so important that we inform and educate people and remind them of our qualities of being human. I think by making us all more aware of Pride Month we will gain a better understanding of just how similar we all are.

A. Patrick: I feel very lucky to live in a liberal country where all people have the same legal rights when it comes to marriage and adopting children, but there is still room for improvement. Can you imagine living in a country where being gay is considered an illness, or one where laws restrict people who are different? I can’t.

​​​​​​​Q. What has been your biggest challenge to overcome to be your authentic self in your personal life and in your work life?

A. Patrick: My biggest challenge was to overcome myself. I was raised by two loving parents but in my family, we did not speak about our sexuality. It was never a subject of conversation. It was automatically assumed that one was straight. So, in my high school years, I found myself being different from what everybody was thinking and that made it quite difficult as I did not understand who I was, or why I felt different. Like many others I went into the closet and led a double life, afraid of what people would think of me.

A. Sue: When my now wife and I first started our relationship in 1983 we used the term “roommate.” Through the 80’s and most of the 90’s we did a good job of being invisible with our personal lives at work. It was a time when you could be bullied, ostracized, and even fired if the truth was known. In the late 90’s things began to change rapidly and there were more opportunities for me to begin to merge the truth of my personal life with work. Roommate became “partner” and in the new millennium we were finally able to use “wife.” It was a giant relief to start to be my authentic self at work.

Q. Has allyship played an important role in your journey? What is the significance of allies?

A. Sue: People that I worked with were supportive when I needed it the most. They accepted my truth because we became friends and we worked to maintain that relationship. They will never know how much their kindness helped me to endure and survive and now know that I was not judged by my lifestyle.

SPX FLOW has been one of my biggest allies in that they cleared the path for me to acknowledge my family and feel safe doing so. The work life I can experience today is because of the inclusion that SPX FLOW has promoted. This kept me loyal to my job and enriched my work life in many ways.

Q. What are your thoughts around LGBTQ+ representation as we strive to enhance our Culture of Belonging?

A. Patrick: Our Culture of Belonging is very important and rightly so. I think an environment where LGBTQ+ people can be themselves is critical, not only to those people but also to SPX FLOW. It helps create a workplace where everybody can speak freely, with respect for each other and where they feel accepted for who they are.

Transparency is key. It helps us better understand and sympathize with those experiencing similar journeys to finding one’s identity. For some, they’re not quite ready and that’s okay. For others, Pride Month is an opportunity to proclaim their freedom to love to the world, and that’s okay too. And for many, it is a reminder to be year-round allies in supporting friends, children, siblings and/or colleagues.

This Pride Month, we celebrate members and allies of our LGBTQ+ team and the greater community. 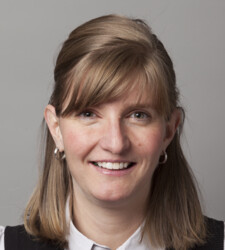 Lisa Kirby is the Vice President of Talent and Organizational Development, leading talent strategies for the organization with a focus on ensuring a culture of belonging is embraced and supported at SPX FLOW.