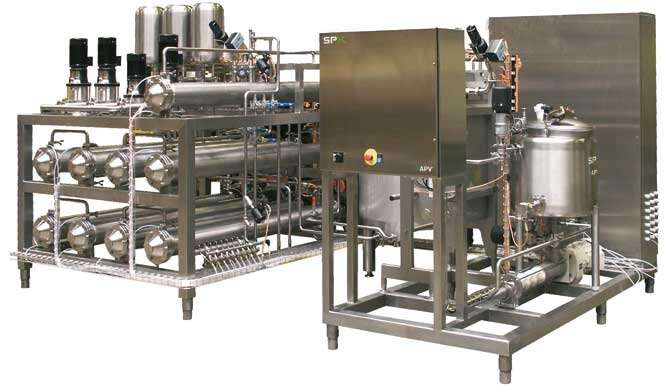 Heat denaturation of the protein and the formation of micro-particles of protein under controlled high shear.

We Are Here to Help

Find your local representatives within your region for product inquiries.
Where to Buy
Where To Buy
Features

To meet the increasing demand from consumers for low fat, highly functional, highly nutritional foods, SPX FLOW has recently launched LeanCreme™ one of its most successful separation technologies ever.

The APV LeanCreme™ process is based on the APV Shear Agglomerator (ASA), which is a groundbreaking technology associating simultaneous heat denaturation of the protein and the formation of micro-particles of protein under controlled high shear. The synergy between heat and shear brings a new functional dimension to whey protein concentrates.

The resulting product - named LeanCreme™ after its process of preparation - has the high nutritional quality of whey protein concentrates combined with an enhanced functionality. This makes it the ideal starting ingredient for a wide array of innovative and proprietary low fat recipes such as low fat cheeses; fermented milk products; desserts; yogurt drinks; ice creams and spreads.